The true title of this 7-story tall mural is “Mitzvah, the Jewish Cultural Experience.”

Located at 14th & Franklin – we passed it on our way from the Layover to Spice Monkey for dinner – the mural was created in 1985 by artist Keith Sklar, with Brooke Fancher and Dan Fontes.  Measuring nearly 100 feet wide and 150 feet tall, a large central banner reads “Create for Yourselves a New Heart a New Spirit,” surrounded by imagery representing significant historical individuals and events in Jewish history, including a portrait of a concentration camp victim.

The mural is a landmark in the recently dubbed Oaksterdam area of downtown Oakland, and as I snapped a few photos the other night, an attendant guarding the parking lot next door told my friend and I, “that mural’s been there as long as I can remember… It’s older than me!” 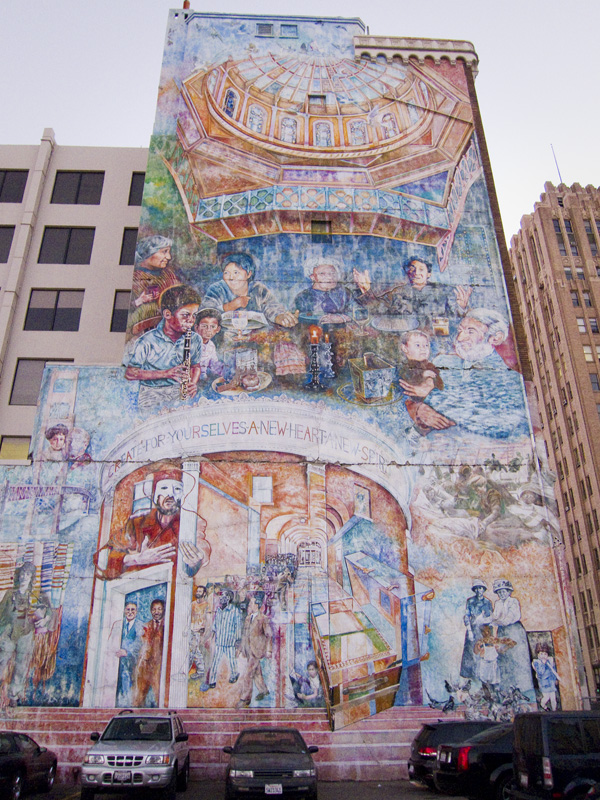 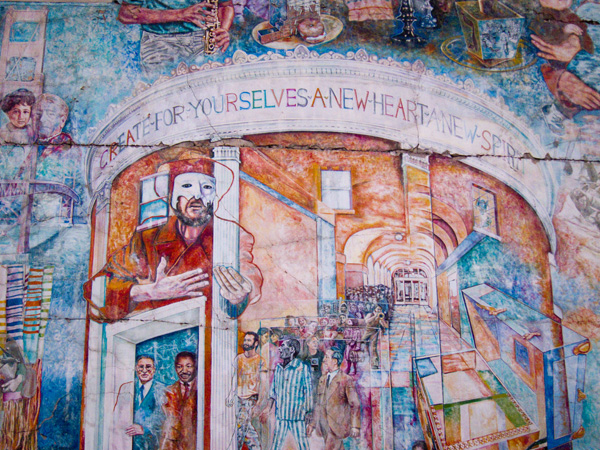 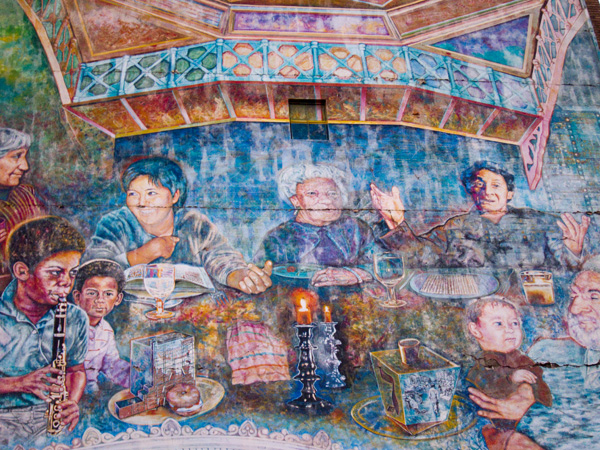 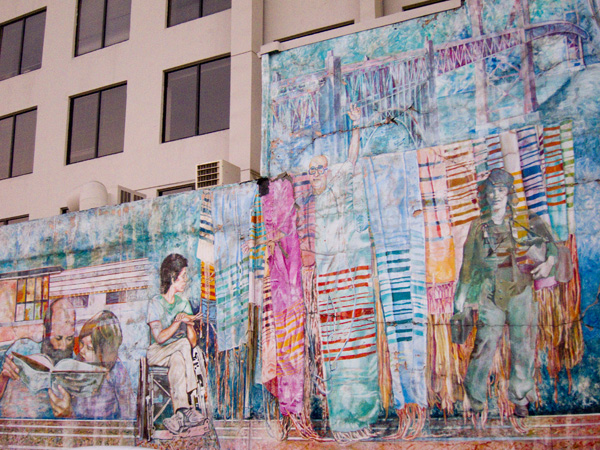 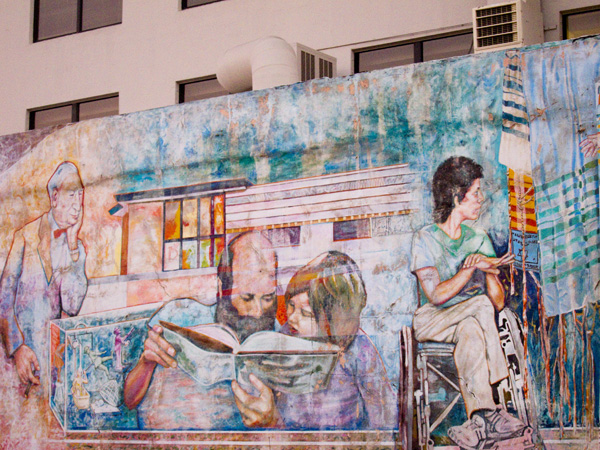 Despite being focused on Jewish historical figures and events, the mural also features a melting pot of characters exemplary of the multiculturalism that predominated Bay Area murals during that period. Another example we’ve seen is Street Tattoo, created by some of the same artists.

3 thoughts on “Create for Yourselves…”