I went to a community meeting in West Oakland last night to discuss some neighborhood issues that have been escalating to the point where many long term residents are, frankly, fed up.

I’ve ranted about a few of these issues from time to time… hopefully not too often, as I generally like to focus on the positive (“keep on the sunny side…”) But it always surprises me when people respond in a way that indicates that by choosing to live in marginal neighborhoods, we somehow aren’t entitled to the most basic quality of life rights as others.

I remember a particular incident one evening when a car full of young kids/adults was parked outside my window, partying with the stereo blasting at 3am on a school night. I threw on some clothes and went outside and very cordially asked them if they could re-locate the party. In a nutshell, they were snotty brats about it and as their car peeled out racing down the street, one of the girls shouted out the window… “you live in the ghetto! what do you expect???” Like somehow people in the ghetto don’t need to sleep like everyone else. I could forgive her because she was a kid and she was drunk, but it’s interesting how often adults have similar opinions.

The truth is, unless you happen to be a pimp or a prostitute or a drug dealer or a drug addict, which comprise a small minority of the people living in West Oakland, then you most likely are not a fan of these activities in your neighborhood. And even the people participating in these activities would likely choose otherwise if they had the means or resources to change their lives. They often have few other options…

I’ve been thinking more politically lately due to the upcoming election and was speaking with a local activist the other day who quoted our current Mayor about Oakland being a “model city.” She said in order for us to truly be a model city, we all need to be model citizens, which needless to say, is easier said than done. It requires time and effort. And in a rat-race society where many are working nose to the grindstone to get their slice of the pie or simply make ends meet, there’s not much time left over.

I applaud those who make the time. I am striving to make more time.

I walked to get coffee this morning because I was out of beans at home. In front of the cafe in the Dimond district, a woman wearing a volunteer vest was picking up trash along the retail stretch of sidewalk. I thanked her. She’s making a difference. And I can’t help wondering what a difference we all might make collectively, if every citizen of this city volunteered to do something. Anything.

These are a handful of political signs I saw as I made my way back home, through the lower hills of Dimond’s lushly landscaped homes… indicative of a community that seems to be really engaged. 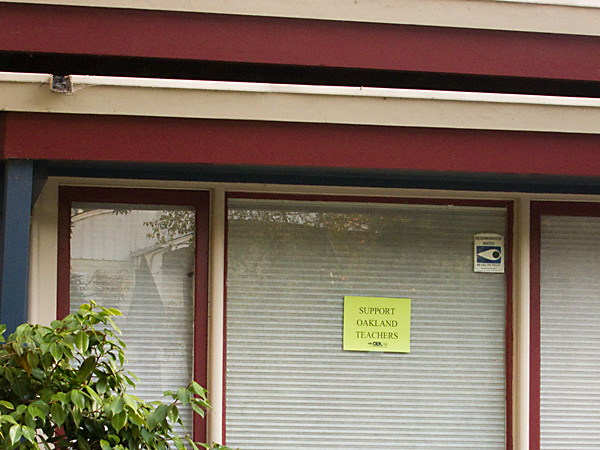 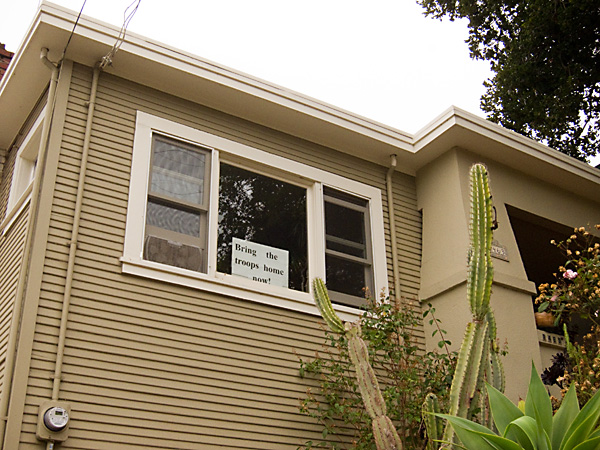 1 thought on “Political Expression is an Act of Art.”