And lots of great points are being made… about the need for these neighborhood resources, providing accessibility to books and the internet for all residents regardless of income, providing social gathering spots and places of refuge from the neighborhood violence in some parts of Oakland, providing a suite of services and resources that once were offered by public schools but now have been cut from there as well.  The list goes on and on, and these are all incredibly important points.

But what I don’t hear anyone talking about is the Temescal TOOL Lending Library.

I have to admit that this is my most frequently visited branch/service of the entire Oakland Public Library system.  They know me by name, and I know most of theirs as I see them nearly weekly.

I’ve always liked fixing/building/making things. I was a born DIY’er before the term DIY even existed. You can see this was either instilled early (by my grandfather – pipe in mouth), or perhaps just came naturally, by this photo of my first home building project (I think I was 6).

For those who don’t know, and I’m always amazed when I meet folks who don’t, this is an incredible resource exclusively dedicated to Oakland residents. Modeled after the tool lending library in Berkeley, they house thousands of tools that can be “rented” FREE of charge for short periods of time. Everything you need to tend to your home and garden (carpentry & woodworking, concrete & masonry, electrical, floor & wall, garden & digging, ladders/dollies/handtrucks/wheelbarrows, mechanical & power, plumbing, etc.) plus books and how-to videos.

I think I’ve checked out tools in nearly every one of those categories from the early days in 2000 (this was when renovating my loft in West Oakland, photo left) to more recent projects on the home here in Dimond (photo right).

This arm of the Temescal Branch library was launched in January of 2000 (thanks to seed money from a Community Development Block Grant).  It was an outgrowth of a small “Home Resources Collection” established at this branch after the Oakland Hills Firestorm of 1991 to help residents with rebuilding and repairs following the disaster.

And it just makes sense.  In a dense urban environment where homes are frequently smallish apartments or “cottage” houses (read small!), who’s got the space to store all the things you need to care for your home? And more importantly, who wants to shell out the cash (tools are expensive!) for something you may use once or twice a year??

I LOVE the Temescal Tool Lending Library!  Please help save it.

According to the budget proposals currently being considered, the following library branches and resources would be slated for closure:

Is this not crazy?!? Especially after residents voted in 2003 for continued support of our libraries (Measure Q).

Here are five things you can do to help (from Save Oakland Libraries): 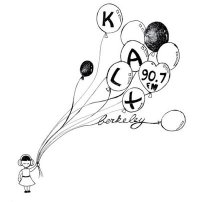 Ok, so that may be a bit of an exaggeration, but it’s the tongue-in-cheek claim of one of their on-air pre-recorded DJ messages, and it always makes me smile.  Yes, this institution is based in Berkeley.  But their airwaves stream across Oakland and the greater Bay Area, and it’s one of the things I love most about living here.

The station was started nearly 50 years ago in 1962, broadcasting through a cigar-box mixing board (literally made out of a cigar box) hard-wired to the UC Berkeley dormitories. They played classical music for 4 hours a day .  Just classical music.

They’ve come a long way since then, broadcasting 24 hours a day, 7 days a week with an incredibly diverse set of programming, not to mention their amazing roster of DJ’s. You can read The Full and Unabridged History of KALX if you want all the gorey details, including how  President Ronald Reagan inspired the station’s complete embrace of punk rock in the 80’s.  F&*k yeah!

There’s a great quote from 1986 by then General Manager Bill Davis: “What KALX stands for, more than anything else, is freedom. KALX doesn’t have a true format. KALX has no predetermined playlists. In general, KALX’s policies are designed to give programmers, reporters, producers, and sports announcers maximum flexibility, responsibility, and freedom. And that gives the listener the opportunity to hear things on the radio at 90.7 that he or she would never hear anywhere else on the dial. If that freedom is important, call 642-5259 to keep KALX independent.”

It’s still true today.  They play everything.  Ambient, disco, funk, hip-hop, punk rock, indie pop, country, bluegrass, classical, the list goes on… I can’t tell you how much amazing music I’ve discovered listening to KALX over the years.  I always keep pen & paper handy so I can jot down who I’ve heard when the DJ comes on air and announces their playlist.  Or even better, now you can go straight to the website and see the entire playlist for the last 24 hours.  Thank you KALX!

They’ve got all kinds of schwag for your hard-earned cash:  bumper stickers, t-shirts, sticky notes, etc.  But they’ve got great packages too where they’re giving away limited edition cd packages, concert tickets, and more.  And one of my favorite donation options is to buy an hour of guest DJ time.  I did this two years ago… for 100 bucks (I was feeling flush then!) I purchased the right to join Alisa, Queen of the Cowbell, in KALX’s underground lair for an hour of spinning tracks of my own choosing, and even speaking on air.  It was awesome!

So please… take the next few days to tune into KALX… 90.7 on your FM dial.  Or you can find them on the internet (info here), and through iTunes (go to Radio->College/University->KALX). And call them up with your donations…

Support Freedom on the airwaves!

note: image above found on Facebook, no info on artist.  sorry. 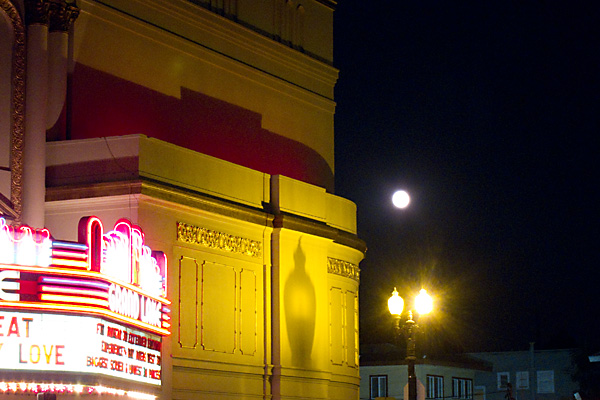 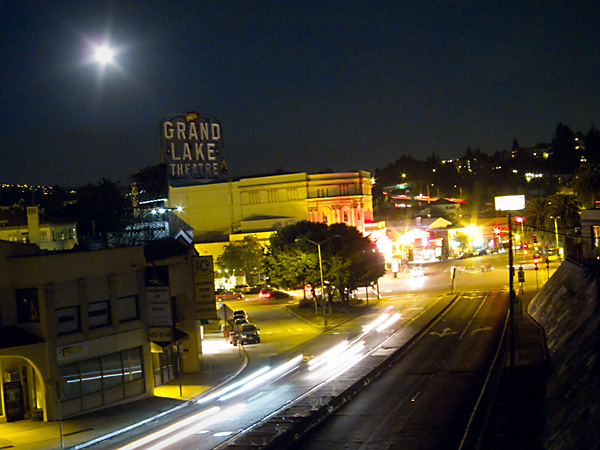 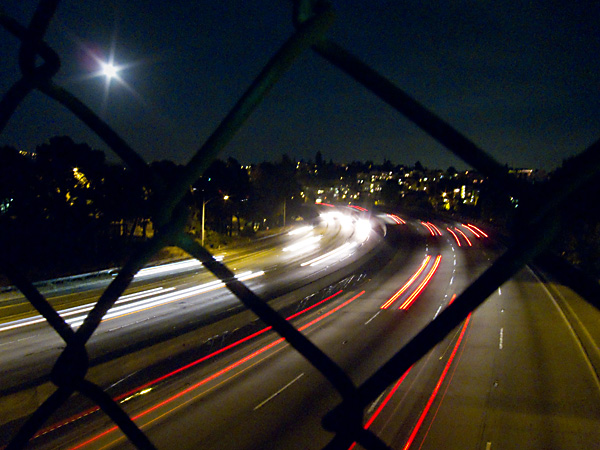 I want to get back to my sum-sum-summertime thread of fun stuff to do while the days are long and afternoons are warm (though these last few morning have been foggy and brrrrr!) So far I’ve covered our local swimming hole (Lake Temescal), musical theater under the stars (Woodminster Theater), the best movie palace in the East Bay (Grand Lake Theater), and today we’ll be exploring Sibley Volcanic Regional Preserve, and man, there’s a lot to it for such a small park!

Located on the border of Oakland via Skyline Boulevard, Sibley Volcanic Regional Preserve is actually in Contra Costa County proper and is managed as part of the East Bay Regional Park District. The park, similar to others in the East Bay hills, hosts a network of interconnected trails meandering over grassy hills, through woodland forests, and along vista-viewing ridgetops.  What this park has that the others don’t are some really fantastic features:

Sibley is the site of a 10 million year old volcano complex, responsible for most of the lava rocks underlying our East Bay ridgeline from Berkeley down to Moraga. The volcano was created as a result of the forces on the two major continental plates in the region (the Pacific Plate carrying the Pacific Ocean, and the North American Plate carrying California among other things).  Most of us know it’s the friction between these two plates that causes our earthquakes today, but did you know this force was also responsible for volcanos?  As the plates collided, the Pacific Plate dipped below the North American, plunging into the Earth’s depths to be heated and melted into magma, to later rise back to the surface as lava. Cool, huh?

There’s actually a series of volcanoes that follow this collision path, but Sibley is completely unique due years of geologic folding and erosion that literally tilted the volcano on its side, and additional quarrying of the site (harvesting materials for road building, etc.) that further exposed its guts.  No other volcano in California has an interior exposed to this degree.

The park is dotted with numbered sign posts and visitors are encouraged to discover the more interesting features through a self-guided tour (info provided in park brochure). There is also an interactive display at the parking area hosting information about the park’s geology (from Paleozoic era onward), wildlife, plants, and more… 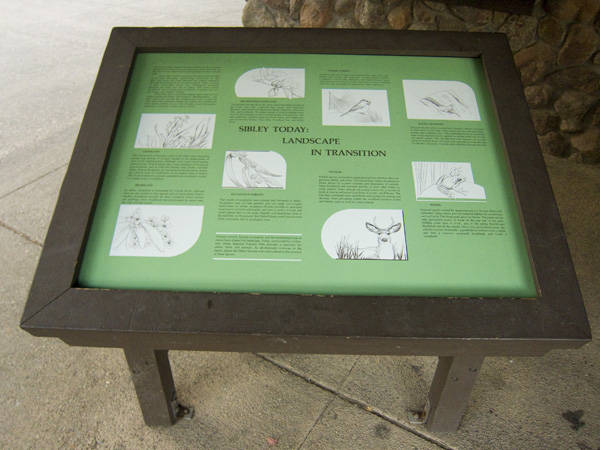 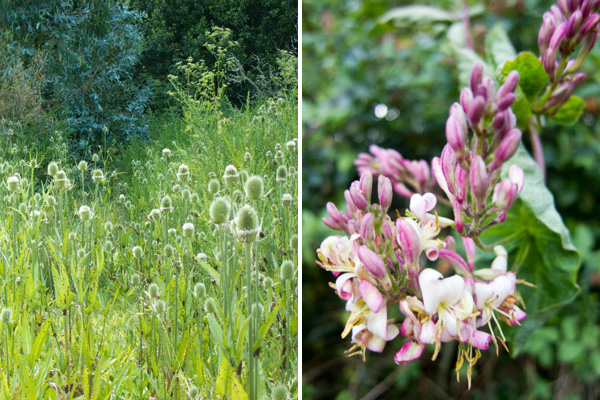 Anyone who’s hiked the trails of Sibley has likely discovered at least one of the labyrinths tucked into the nooks and valleys of this park… there are at least four.

According to Webster’s Dictionary a labyrinth is “an intricate combination of paths or passages in which it is difficult to find one’s way or reach the exit” or a “maze of paths.” But this does not seem entirely accurate (at least not in this context).  Wikipedia offers this:

In colloquial English labyrinth is generally synonymous with maze, but many contemporary scholars observe a distinction between the two: maze refers to a complex branching (multicursal) puzzle with choices of path and direction; while a single-path (unicursal) labyrinth has only a single, non-branching path, which leads to the center. A labyrinth in this sense has an unambiguous route to the center and back and is not designed to be difficult to navigate.

These are the types of labyrinths that exist at Sibley… there is one way in, and one way out.  With origins dating back centuries to a variety of religions and regions, these are thought to be spiritual and/or meditative exercises, symbolic of pilgrimage. Often the “stones [are] ceremonially placed on the ground to magnify spiritual energy” and typically are laid out in a north-south and east-west orientation. (Friends of the Labyrinth)

In my years of hiking at this park, I believe I’ve come across them all, but strangely enough have never photographed them.  Call it subconscious superstition, or perhaps just stupidity, because now I wish I had some damn photos!  The largest one is just a short walk from the parking area and was created by Helena Mazzariello, a Montclair sculptor and psychic, as “a gift to the world.” You can see it below in this Google map (lower center) as well as smaller one directly above (top third)…

Other labyrinths in the park are unattributed and there is much folklore surrounding their origins and current uses, including full moon rituals by local witches and warlocks. Ahem. Here is another large one, located north west of the Mazzariello Labyrinth…

And here is a smaller heart-shaped one friends and I hiked last week (left, thanks to Tim for the photo):

It’s always a treat to walk through these, not just for the experience of circling back upon oneself, weaving inward only to be directed back out… like a metaphor for life, but also to arrive at the spiritual center, where previous visitors have left various trinkets – rocks, jewels, feathers, seeds, notes, etc. – whose meaning we can only wonder about.

Last but not least, the sun! A friend of mine lives very close to Redwood Park (another favorite hiking destination) but whenever we get together to tromp through the hills, he always says, “Let’s go to Sibley… let’s go to the sun!”

Unlike many of the other nearby ridgeline parks (Huckleberry, Redwood, Roberts) that have vistas facing East (great views of the reservoirs and Mt. Diablo), Sibley also has clear exposed ridges facing West, exposed to late afternoon sun and gorgeous views of the bay. It’s a sweet spot to watch the sun set over the Golden Gate Bridge… 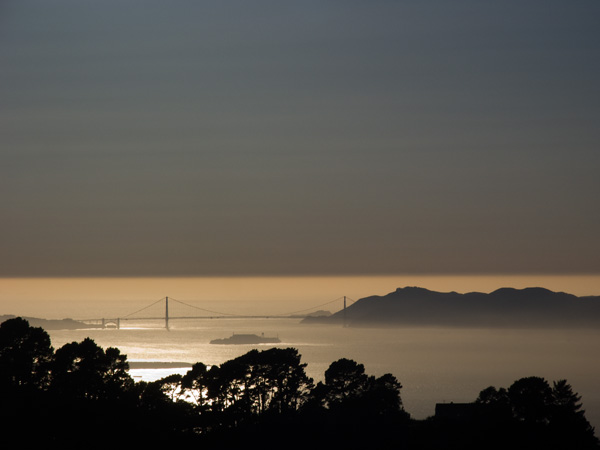 The Labyrinths of Sibley