Now that we’re home and the jet lag has dissipated, I thought I’d share some of the street art we encountered while in Greece. We spent most of our time on the islands for our friends’ wedding and saw little street art there, so it wasn’t until our time in the capital city of Athens, a scant 48 hours, that we saw anything really noteworthy.

The political unrest in Athens has mostly died down since the violent demonstrations of 2012, but you can still see remnants of it through the graffiti and street art that activists have left behind. I only documented a couple of the smaller pieces (the largest ones were seen from the window of a taxi whizzing by at 95km per hour on our way to the airport), and focused on those in which stencils were deployed rather than haphazardly scrawled writing which, while political, weren’t particularly artful in my opinion.

This first one is a take-off of the iconic WWII image “Raising the Flag on Iwo Jima” by Joseph Rosenthal. Note the anarchy symbol on the flag. 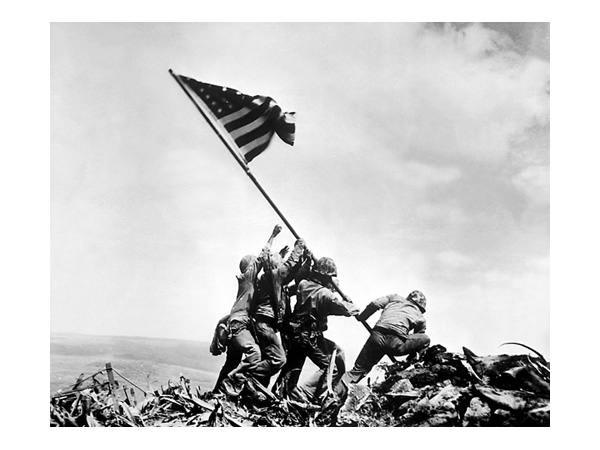 Raising the Flag on Iwo Jima by Joseph Rosenthal

This one speaks for itself…

We saw this next one around town quite a bit. I assumed it was related to the economic unrest in Greece but it turns out it’s a political statement of a different flavor. A local Greek friend translated it for me – it says “Every sexist/homophobic deserves to be thrown off Lycabettus”. I thought this was pretty funny, but my Greek friend thought they took it a bit too far. For those who don’t know, Lycabettus Hill is the highest point in Athens, a sharp peak that stands 277 meters above sea level. See pictures below: the first was taken from across the city at the Acropolis, and the second is from the top of Lycabettus itself, with its perched 19th century chapel on the left and downtown Athens below. 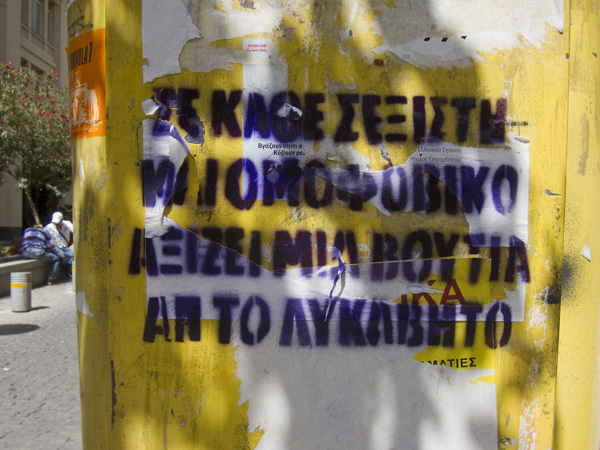 View from top of Lycabettus Hill

This next image has two separate stencils… I know this because I tried my darndest to translate the Greek under the image of the child and found a photo of just that stencil without the pixellated heart underneath, which must have been added later. The best translation I could come up with was something along the lines of “the ego ate”, but I’m not sure if this is a statement, or the artist’s tag.

We saw a lot of non-political street art as well and the rest of these fall into this category. This next one, as it says, is a poem. It’s part of a “poetry game” in the city where QR codes scattered throughout Athens “invite you to discover the poetry hidden in unexpected places.” How cool is that? Scan it and you’ll see…

This one was spotted on our way to the Acropolis. 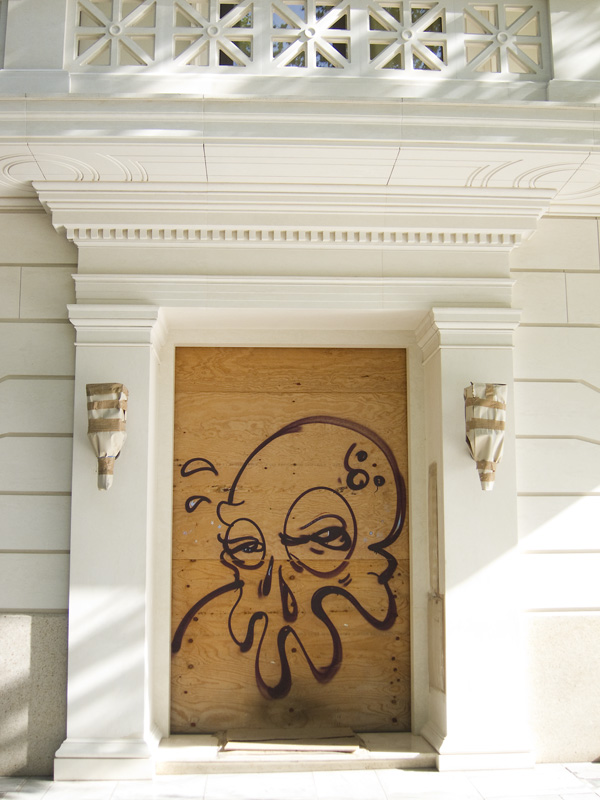 And we saw this little painting on our way to get cappuccino freddos at Clemente VIII, what the NY Times called “the best.” And I have to say, they were pretty darned delicious.

This final one was actually the first piece I spotted, just a couple of blocks from our hotel, but I’ve put it last because I love it so much. End with a bang!