I’m starting with Walden Pond Books because they’re the oldest and, I believe with the Barnes & Noble now gone (see Friday’s post), also the largest independent bookstore in Oakland.

1.  not influenced or controlled by others in matters of opinion, conduct, etc.; thinking or acting for oneself: an independent thinker.
2.  not subject to another’s authority or jurisdiction; autonomous; free: an independent businessperson.

1.  a series of objects connected one after the other…
2.  often, chains, something that binds or restrains…

These definitions, mounted on a homespun poster decorated in multi-colored magic markers, announce your arrival at Walden Pond Books, an Oakland family owned and operated bookstore since 1973.  That’s 37 years people!  Pretty impressive, especially in the age of Amazon and national chains like Barnes & Borders.  They must be doing something right… 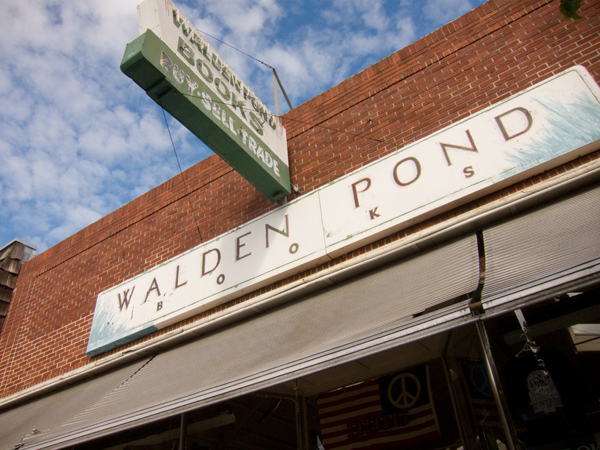 Located at 3316 Grand Avenue, the store certainly benefits from the pedestrian-oriented neighborhood, a stone’s throw from the Grand Lake Theater and the Saturday Farmers’ Market.  But it’s more than just location that has kept this store alive.  Walden Pond’s got personality, in exactly the fashion you’d expect from your local community bookstore.

You’re first greeted by the bins of cheap books seemingly spilling out of the store onto the sidewalk… hardcovers and paperbacks all priced between $1 – 3, and if you buy any three,  you get one free.  Talk about a bargain! These are great to peruse while you’re killing time waiting for your movie… I did exactly this awhile back and came across a book on just the subject I was interested in at the time, for a single dollar.  It would have cost me ten times that on Amazon, even used. 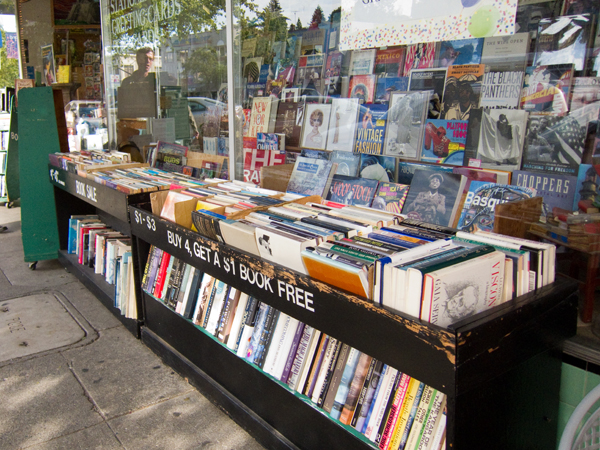 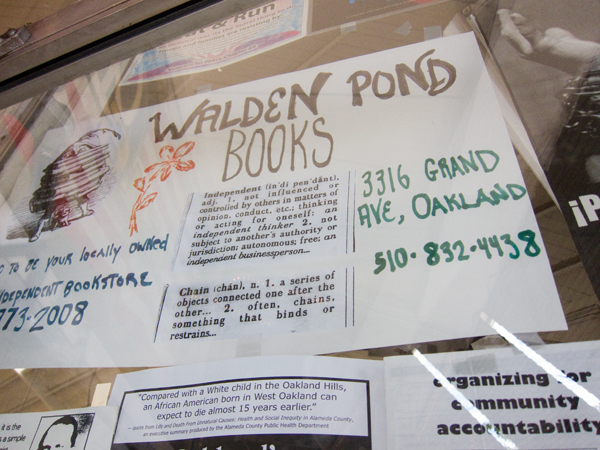 As you enter the store, you’re introduced to their progressive (and leftist) leanings, broadcast through posters & fliers filling the windows surrounding the entryway… statistics about life expectancy discrepancies between affluent whites in Oakland vs. poorer blacks in West Oakland… a United States flag with a peace symbol replacing the 50 stars…  calls for activism and accountability within the community… and then their “Declaration of Independents.”  This is so fantastic, I have to repeat it in full here (boldface added by me):

As cities, towns , and neighborhoods deal with the changing landscape of their local business community, we, the independent booksellers of California, reaffirm our commitment to our communities.

Independent booksellers talk with our customers directly and enjoy fulfilling – even exceeding – their expectations, whether it’s recommending a great book we’ve just read, or helping you discover new or little-known authors or publishers.

Independent bookstores have an onsite owner – we’re right there answering questions and making decisions, rather than relying on a corporate office thousands of miles away.

Independent booksellers are leaders in the fight against censorship and other threats to freedom of expression.

Independent bookstores reflect the character of our communities.  We support local causes.  We participate in and fund community activities.  We patronize other local businesses and keep our money in the community.

And this really is the crux of the buy local movement… making personal choices based upon criteria less tangible, but no less relevant, than simply the cheapest price.  And it’s part of what keeps stores like Walden Pond viable.  Value beyond price point.

The store is family run, by father and son. Marshall Curatolo opened it in 1973 on Grand Avenue and 2 locations later, all within half a block of each other, has grown the business from just himself to 10 employees. His son Paul joined ship when he was just 7 years old, helping dad to help make signs and shelve books. Now manager of Walden Pond after 35 years, Paul says, “This creates a very unique and treasured entity, with a history, that is tied to the ebbs and flows of this community. We know you, we remember you, we care about you. We are here for you, to keep literature ALIVE and bring good books to future generations. Not just to make $$$.” 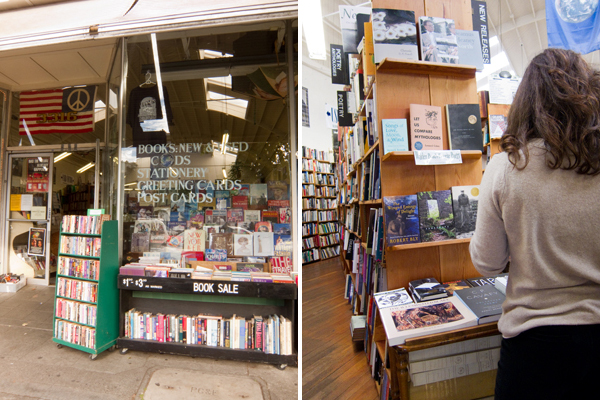 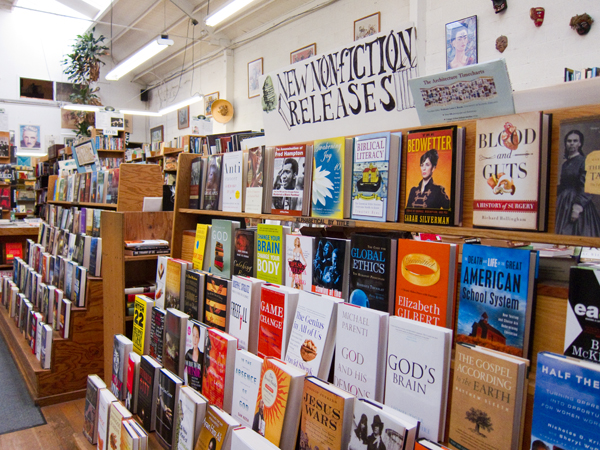 I asked about the challenges in today’s economic marketplace, fighting for dollars seemingly destined for the big boys, who simply can’t be beat on price.  Walden Pond’s answer is to maintain “impeccable customer service, offer timely special ordering, and have a great/knowledgeable staff.  Also the emphasis on handselling, putting the right book in your hand.”  A book in the hand is worth two whizzing through cyberspace!

And this strategy clearly pays off.  Rated just under 5 stars on Yelp, customers consistently praise the store for its laid back vibe & super knowledgable staff, who can help you find what you’re looking for amidst their comprehensive new & used library, or at the very least, order it with a one day turnaround. 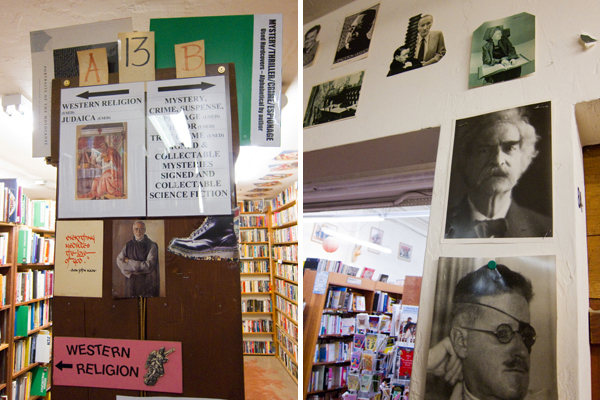 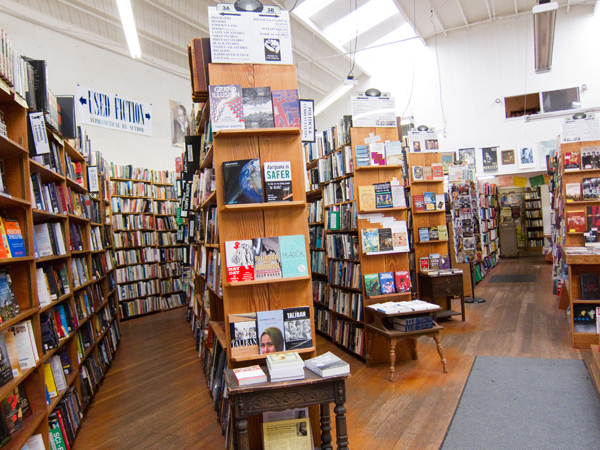 I asked how they differentiate themselves and Paul said, “We excel at many genres , both new and used.  Our Literature/Fiction sections, new and used Mysteries and Science Fiction, great sale books, wonderful greeting card selection, a stellar children’s selection, excellent Minority Studies and History sections are some of our mainstays.”  And a relatively recent addition is their Rare Book Room, curated by Bob Fisher, also known for his sci-fi knowledge, among other genres. 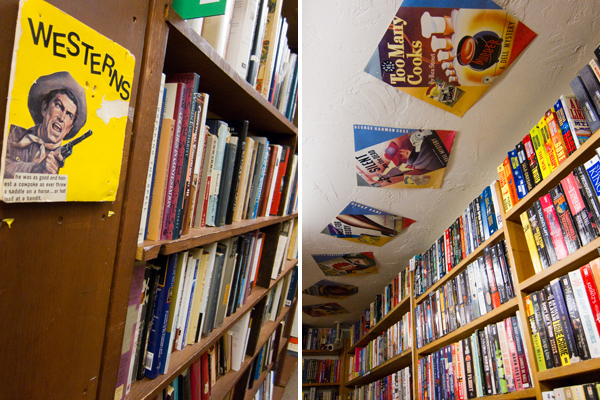 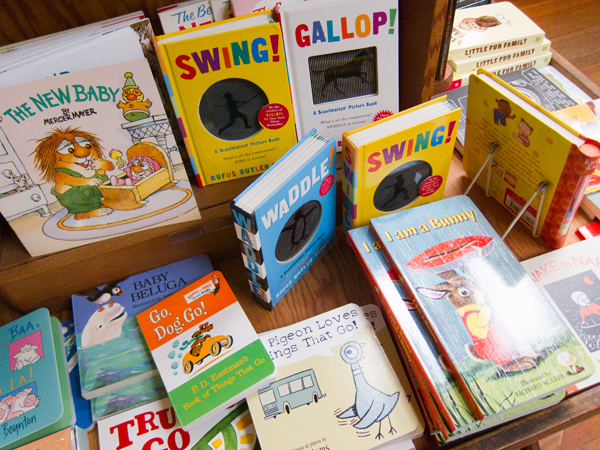 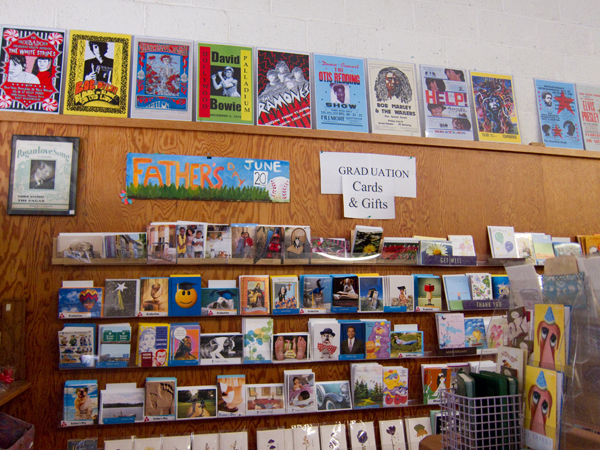 So I’m going to be repeating this mantra for the next week or so. Get used to it. Embrace it. Act on it. “Support your local independent bookseller!”

It’s not just good for them, it’s good for the community, which means it’s good for you too. Did you know that money spent at locally owned business gets used/circulated more than seven (7) times within the city? Paul explains, “For every dollar spent at our store, at least $7 of aggregate commerce ‘happens’ in Oakland. When you shop at chains and Amazon, most of the money leave the community. It’s that simple.”

So go on… check out Walden Pond Books. There’s no time like the present and this is a wonderful store with a rich history in Oakland. Plus Father’s Day is just around the corner…