I’ve passed this mural probably hundreds of times…  Despite its dilapidated state, I’ve always loved it.  It’s not a stretch of San Pablo I typically walk –  under the freeway overpass near the Greyhound Bus Station – so I’m either whizzing by in my car or on my bike.  Today I got out and walked its full length so I could snap these shots.

Created in 1982 (nearly 30 years ago!) by Daniel Galvez with many others (see below), it’s titled “STREET TATTOO”. 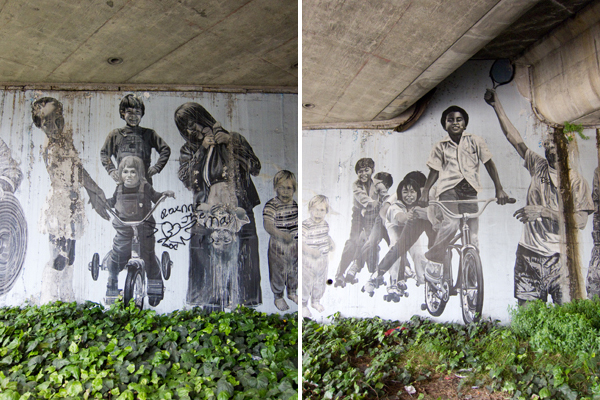 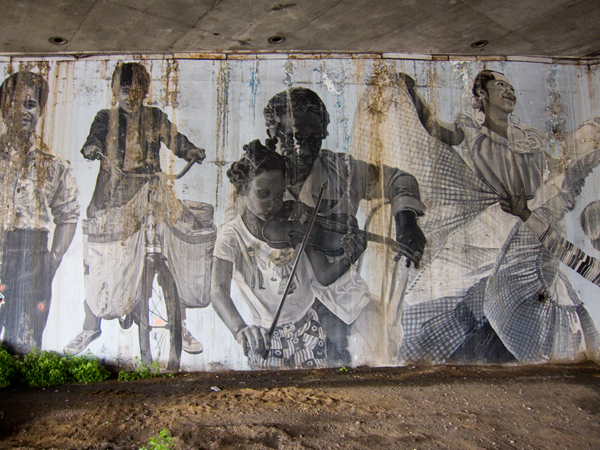 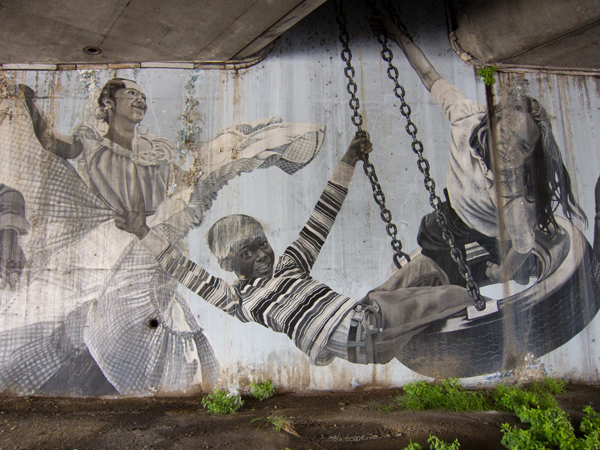 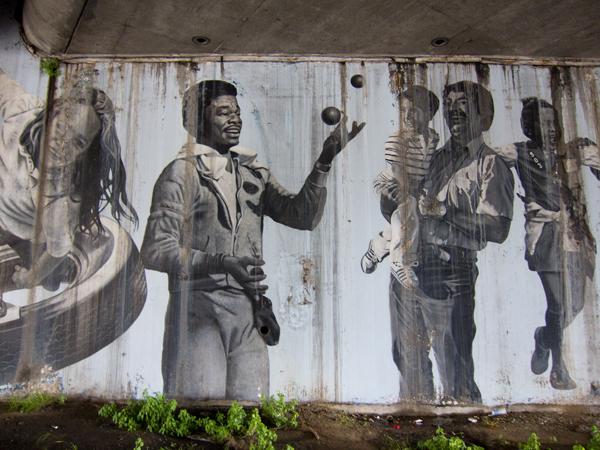 The mural presents a wonderful portrait of Oakland’s diversity, and what I love about it is how happy everyone looks in all of their active and creative pursuits.  You don’t have to walk far down this stretch of San Pablo to see that most real-life folks aren’t singing, laughing, dancing, or juggling.  I wish they were.

But it certainly paints an idyllic picture.  I hope they’ll both be restored one day… the mural, and the “picture.”

You can’t see because the type is too small, but the number 2 tag on the man in the wheelchair reads “1981 Oakland Marathon”.

The female firefighter rocks! Oh, and I zoomed in on this man’s t-shirt because I think it’s simply fabulous. It reads “Oakland – The Center of Western Civilization”. I can’t quite make out the design… it looks like Atlas holding a portion of the Bay Bridge, but I’m not sure what else. Anyone? 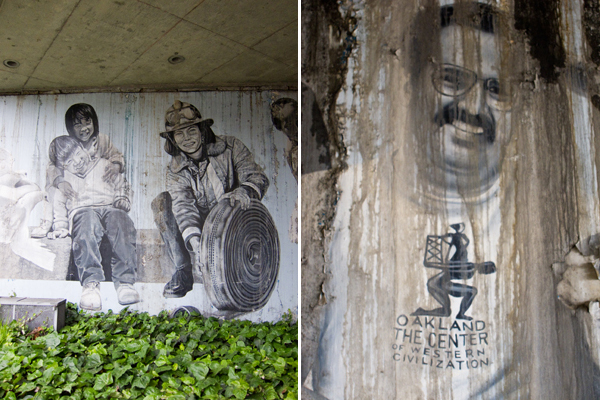 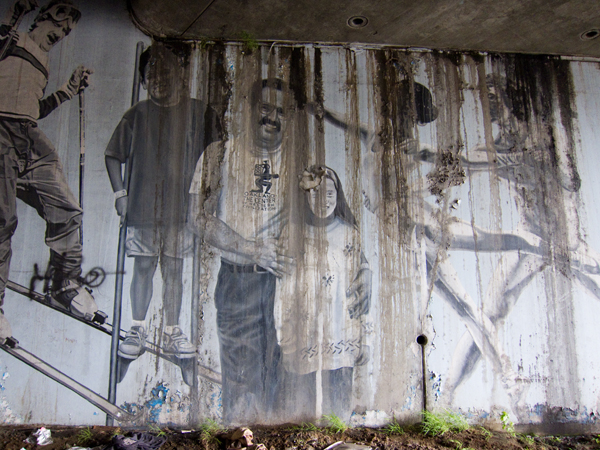 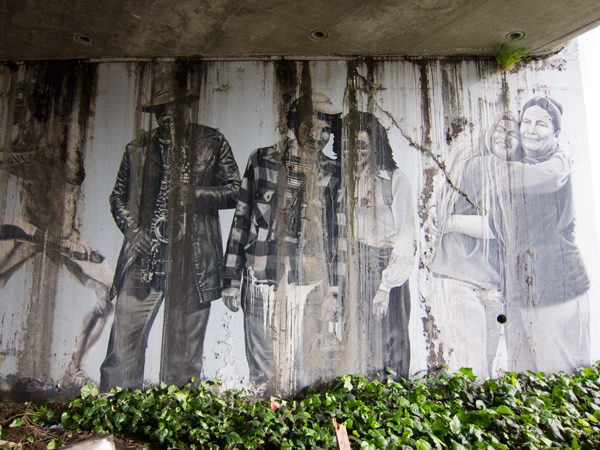 My understanding is that all the subjects portrayed here were real people, and I believe he worked from photographs, as in later murals produced (see below).  In fact a friend of mine met a woman recently who claimed to be girl on the tire swing.  She, too, hopes the mural will be restored.

Daniel Galvez, who received his undergrad at California College of Arts & Crafts (now CCA) and Master of Arts and Painting at the San Francisco Art Institute, was a powerhouse muralist in Oakland in the early eighties.  He later achieved national recognition, producing his most famous murals for the Department of the Interior in Washington D.C. (Guardians of the Past, Stewards of the Future), and New York City’s Department of Cultural Affairs (Homage to Malcom X), among many many others throughout the U.S.

He was also one of the primary artists on the amazing “Grand Performance” mural by the Grand Lake Theater.  I’m saving that one for a rainy day…