Ok kids… so I’m going to continue the focus on murals for the next few days because:

Here’s the next… it’s at the corner of Broadway and 49th, right in my old hood.  It kind of reminds me of the one I featured a couple weeks ago next to Ghost Town Farm… similar message of peace & happiness between all peoples, and an interesting mix of iconography… the moon, the earth, the sun, egyptian pharaohs, and the buddha… not to mention the classic graffiti style writing.  It’s pretty cool.

The left side of the mural reads “Lokah Samasah Sukhino Bhavantu” which apparently is Sanskrit. How do I know this? Google. Thanks Google! The phrase translates to the title of this post, which you will also see painted on the far right side of the mural.

The buddha depicted in the center looks almost female to me, resting on her lotus flower, floating above the Earth. The words “Infinite Potential” are painted across. 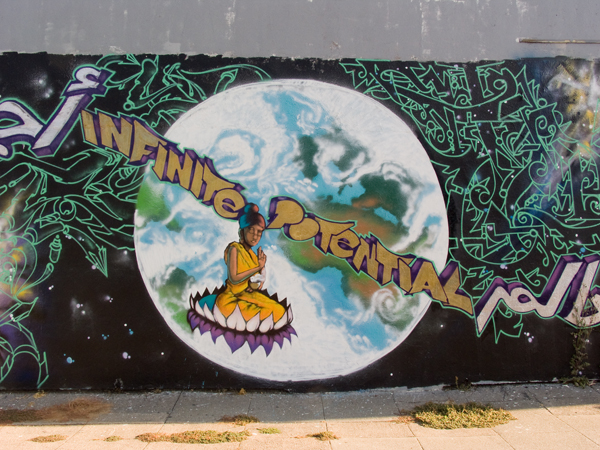 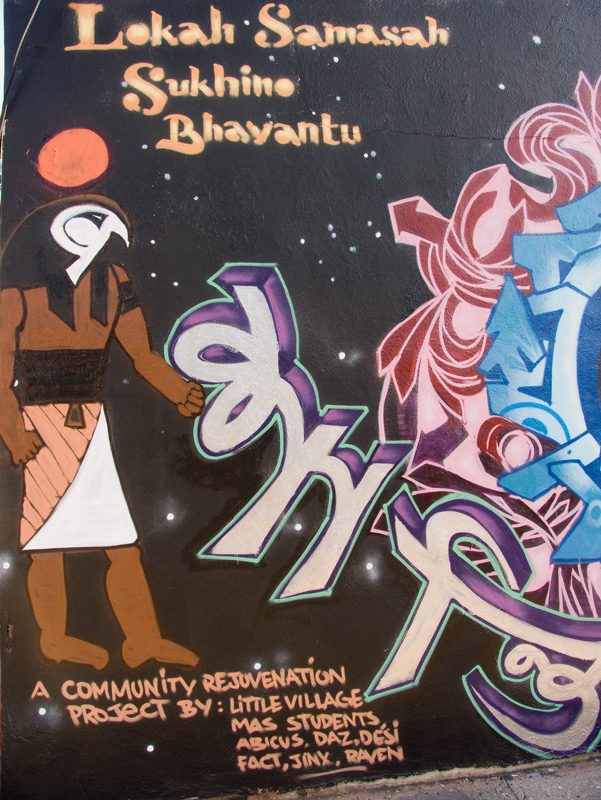 As you can see here, the mural was created as part of a Community Rejuvenation Project by Little Village MAS students: Abicus, Daz, Dési, Fact, Jinx, and Raven. Nice work kids!