It’s the First Friday of Fall. Yeah, I know… it’s not technically fall yet. But you can’t deny it certainly FEELS like fall. The leaves are dropping, the naked ladies have blossomed, and the evening twilight arrives far too soon.

While it’s sad to bid farewell to Summer, I have to admit it’s also a time of great excitement for me, as I’ve just begin a two-year MFA graduate program at Mills College. Oakland baby! It’s new and different and thrilling and scary and I’m not afraid to admit that I’m already buried under an avalanche of homework.

I’ve been trying to decide if I could keep the blog going in the midst of this craziness, and while I’m not sure it’s actually a good idea, I’ve decided I’m going to try. TRY, being the operative word. Of course, I can already hear Yoda’s voice in my head, “No TRY, only DO.” Yeah well… fuck Yoda. I’m playing it by ear and that’s all I can say for now.

My future posts will likely be short and scattershot. And in that vein, here’s a quick synopsis of two cool shows to definitely not miss if you’re out Art Murmuring tonight…

Pieces of Oakland at Warehouse 416

Cities are alive. They transform. They expand and contract and decay and renew, and yes, some even die. This show is all about the transformations that have happened, and are happening now, in our beloved city of Oakland. And it’s all happening really fast…

Oakland is on a cusp. We’re a mid-sized formerly industrial city that’s emblematic of many cities across the nation, and many are watching to see just what we’ll do as we grapple with issues of economic development, housing, transportation, education, and crime. There are plans already in the works, and plans now proposed and proceeding through the pipeline, including:

Pieces of Oakland focuses on two of these redevelopment areas: Lake Merritt Station and West Oakland, highlighting their changing “faces” through the eyes of photographers, writers, planners, and neighbors by showcasing over 70 individual pieces from various sources: fragments of policy documents, oral histories, official planning maps, and a unique collection of contemporary and archival photographs.

Conceived and curated by Chelsea Wurms, the show prompts viewers to ask what it means to be part of this city. She says, “This is a unique moment for Oakland. I want to see people talking about their own values, sharing their impressions with each other, imagining other perspectives.”

Don’t miss this opportunity examine, and contribute to, the life story of our great city! 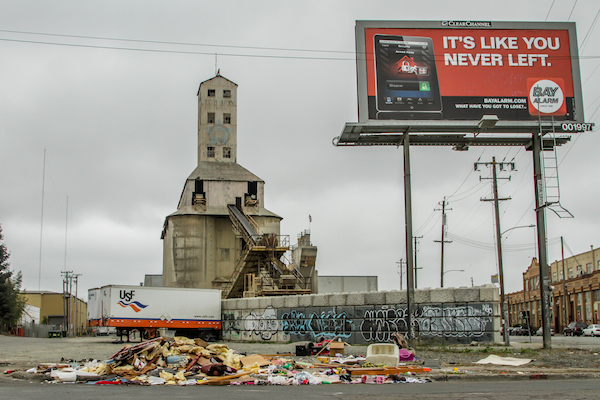 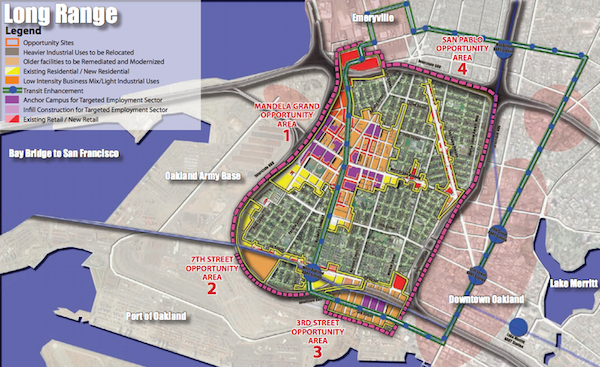 Betti Ono Gallery is celebrating its fourth anniversary tonight with a forward thinking, culture-shifting mixed media show exemplary of the multi-disciplinary, experimental work it’s been putting forth since it first opened in 2010… the type of work that garnered it the 2014 East Bay Express Reader’s Poll Best Gallery Award.

Titled “AMEN: A Collaborative Meditation for Survival,” the show is an open experiment with language and image, designed to reimagine American mythology with futuristic and visionary depictions of traditionally marginalized groups (especially queer people of color) in culturally recognizable positions of power. The idea is to question how we might be programming existing systems of marginalization into our future society, and to disrupt that process, and envision an all-affirming and inclusive world instead.

Featuring eight 2-dimensional visual works and eight wall texts, the show was developed by two artists:  visual artist Amaryllis DeJesus Moleski and writer Carrie Y.T. Kholi. Gallery owner Anyka Barber had worked with each before and, seeing the resonances in the issues their artworks addressed, brought them together for this special show. Though friends for years, this is Amaryllis and khoLi’s first collaborative artistic project.

I asked about the nature of their collaboration… Amaryllis said, “khoLi and I began a conversation around survival at the very beginning. At that point, we had spoken on surviving academia, both being queer women of color. I had just graduated from the California College of the Arts, and KhoLi is in the process of getting her PhD in English Literature.  Our conversations quickly evolved into a larger conversation around spiritual and mythological survival, and we grew AMEN from that place.”

This show is a celebration for ALL. Don’t miss it! 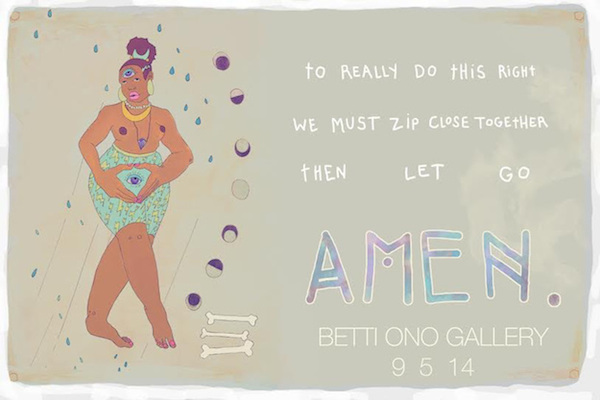 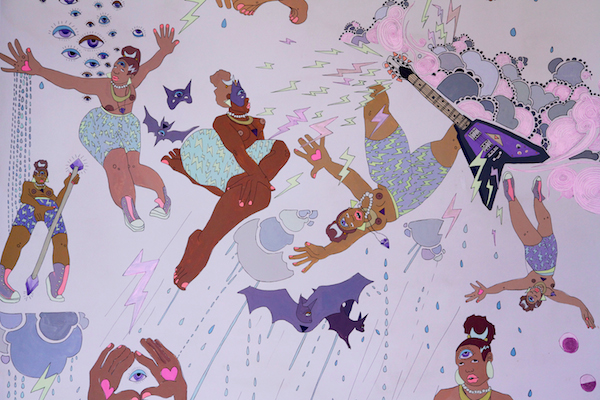 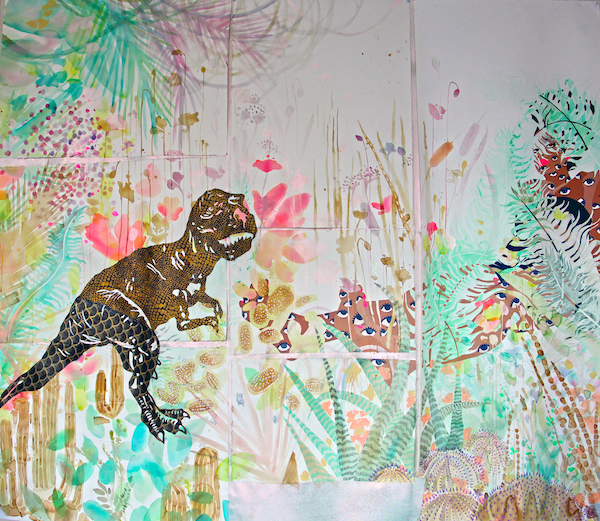