After doing everything and anything I could to take advantage of last weekend’s gorgeous sunshine, balmy temperatures, and springtime blooms, I could have easily planted myself on the couch to rest my weary bones in front of some mindless TV. But I opted instead to hit this show–solo even, since I could find no other takers on a Sunday night–and I’m so glad I did.

Not just for the show, which was beautiful, inspiring, and quite moving. But also for the introduction to Studio Grand, a space about which I am incredibly excited. It’s the kind of place I’ve fantasized about creating for a long time… a gallery, no… a performance space, no… a community art center. Oh sweet Jesus, it’s all of the above! I can’t wait to learn more and explore some of their super-interesting upcoming offerings.

But on to Sunday’s show… 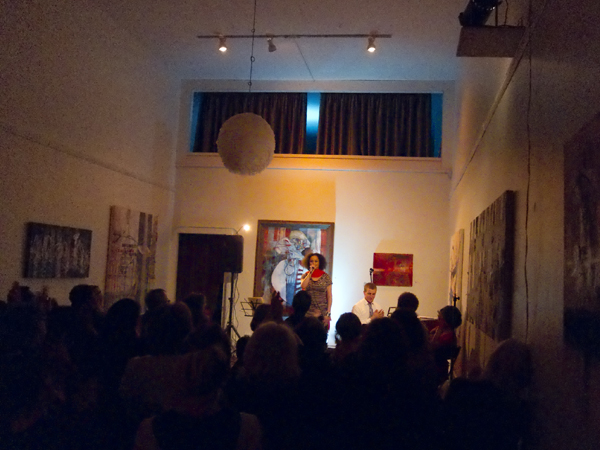 Freedom Songs was listed in my Friday post about weekend activities to celebrate Black History Month, and is the one event I attended. It featured four local Bay Area vocalists (Valerie Troutt, Amy Lacour, Tiffany Austin, Kimiko Joy) performing selections from the traditions of gospel, spiritual, folk, and soul.

I arrived just in time for the second set which highlighted mostly contemporary works by Nina Simone, Sam Cooke (by way of Mahalia Jackson), Jill Scott, Stevie Wonder, Mos Def, and more. My guess is that the first half focused on more of the early gospels and folk songs, and I’m sorry to have missed this.

Each woman in turn performed a song of her choosing, perhaps giving a little history of the song and why she selected it. The set transitioned from songs of struggle during the civil rights movement (Too Slow, A Change Is Gonna Come, Someday We’ll All Be Free, and Visions), to songs of celebration (Golden, Tree of Life, and Shine A Light).

It’s hard to describe how touching these performances were. My words can’t convey the power of these women’s voices and the heart and love that they projected into the crowd. The song that really got me was right in the middle of the show, rounding out the songs of struggle with one emphasizing disappointment, yet still so full of hope.

It’s one of the less well-known songs from Stevie Wonder’s wildly popular and seminal album Innervisions, which featured such hits as Too High, Living for the City, and Higher Ground, and garnered several Grammy’s including Album of the Year.  It is considered by many to be one of his greatest and most important works, addressing such issues as “drugs, spirituality, political ethics, the unnecessary perils of urban life, and what looked to be the failure of the ’60s dream.”(wikipedia).

Visions is the mournful embodiment of this last issue, and Amy Lacour’s rendition brought tears to my eyes. Here are the lyrics for those who aren’t familiar with it…

People hand in hand
Have I lived to see the milk and honey land?
Where hate’s a dream and love forever stands
Or is this a vision in my mind?

The law was never passed
But somehow all men feel they’re truly free at last
Have we really gone this far through space and time
Or is this a vision in my mind?

But what I’d like to know
Is could a place like this exist so beautiful
Or do we have to find our wings and fly away
To the vision in our mind?

The current gallery exhibit Abstracts in the Way of Being by Todd Thomas Brown, though difficult to fully appreciate at night, seemed the perfect backdrop for this show, with bold abstracts in striking reds and blacks. The vocalists were all accompanied by the incredibly soulful stylings of pianist Joe Warner. And the show culminated with a group performance including all four of these beautiful women, encouraging the crowd to sing along.

I was singing all the way to my car… in my head as I went to bed that night… and on into this week. I want to thank Studio Grand for hosting an excellent show, and to all of these courageous artists for sharing their hearts with us! 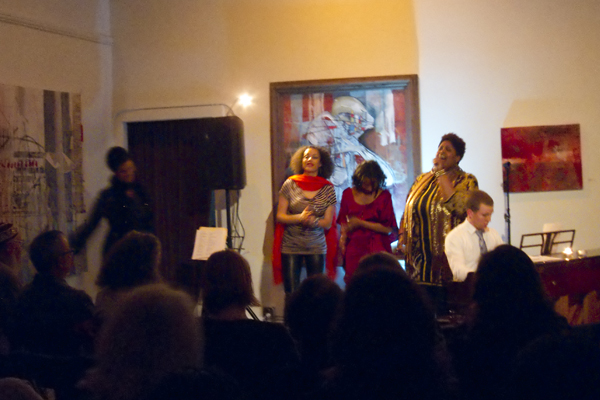 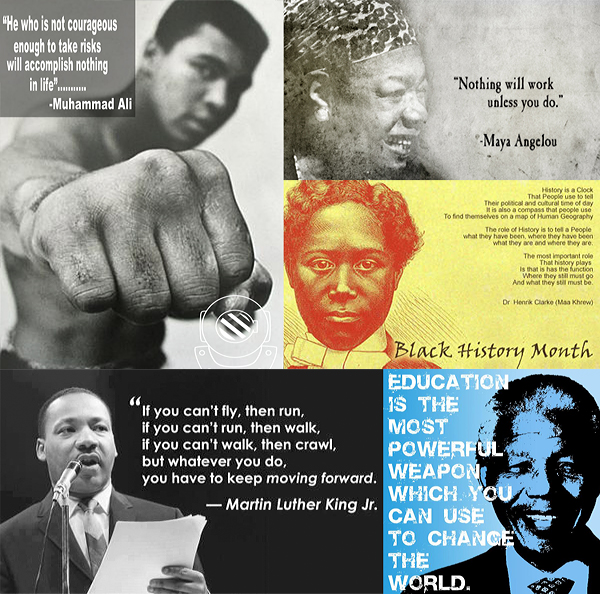 There’s just one week left. So if you haven’t yet done something to honor our black brothers and sisters of Oakland, here are a slew of diverse and interesting options to choose from this weekend…