In my early days in the Bay Area, I used to usher a lot of shows. I ushered shows in San Francisco at the Warfield, the Fillmore, and Bimbos; theater performances at the Berkeley Rep; and concerts at the Paramount Theatre in Oakland. Ushering allowed me to see a lot of shows for free, which is great when you’re young, broke, and don’t mind standing on your feet all night.

The Paramount ushering gig was the strictest of all… not only did you have to wear nearly black-tie attire, but you were required to attend one of their bi-monthly tours to learn the history of the building prior to your first gig, so if perchance a paying ticket-holder asked you a question about the artistry, architecture or history of the venue, you’d be savvy enough to answer accurately.

I took my first tour of the Paramount nearly a decade ago, and if I remember correctly, we spent a great deal of time talking about the renovation of the Paramount, an Art Deco masterpiece built in 1931, refurbished and reopened in 1973. What I also remember about the tour, was a brief discussion of the Paramount’s neighbor, the Fox, a once grand movie palace that, at the time, had been sitting vacant and decrepit for over 30 years. Our tour guide told us that sadly, the Fox might never achieve its restoration as the Paramount had due to economic factors, being simply too expensive to repair in the 21st century.

Well, we all know now that my tour guide was, fortunately, mistaken. The Fox has been restored, but it was a long struggle indeed. We’ll talk more about the Fox tomorrow, and more about the Paramount and Art Deco in general next week. But let this be the official kick-off of my Art Deco Days series.

I’m touring the Paramount again this Saturday at 10am. It costs 5 bucks and is well worth it. I encourage folks to join me if interested… 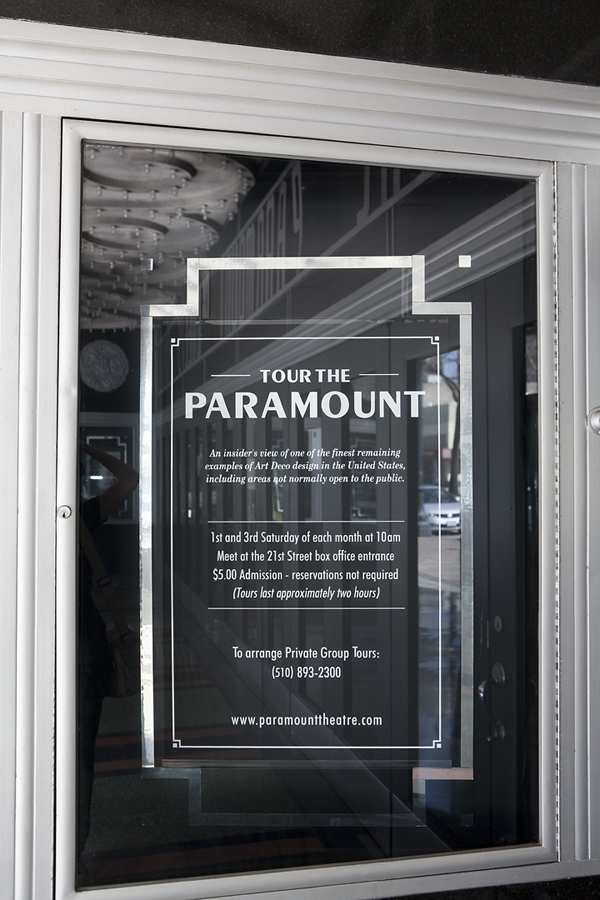