Sunday’s break in the week long series of winter storms – which reminded us all that sunny seventy degree weather in January is NOT normal – inspired me to shoot the incredible variety of flowers that have sprung up in my yard recently.  Most of ’em are small so I busted out my macro lens. 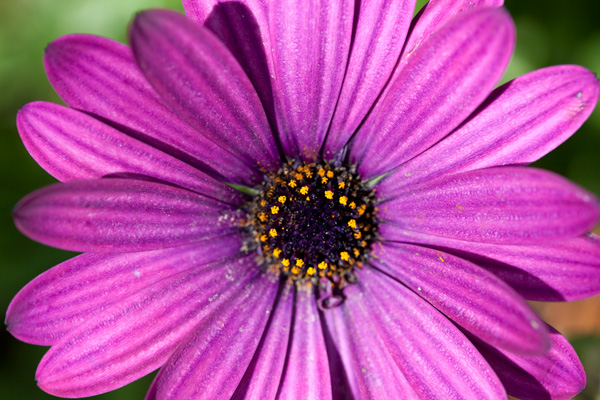 Rosemary on left; and unknown tiny purple star flowers on right (some kind of lily?)

Marigold: I rescued this plant from a crack in the driveway... I had no idea it would turn out so pretty!

on left is an aloe flower (I think) and to right is a mystery plant that sprung up in a pot of lilies, which have not yet flowered (anyone?) 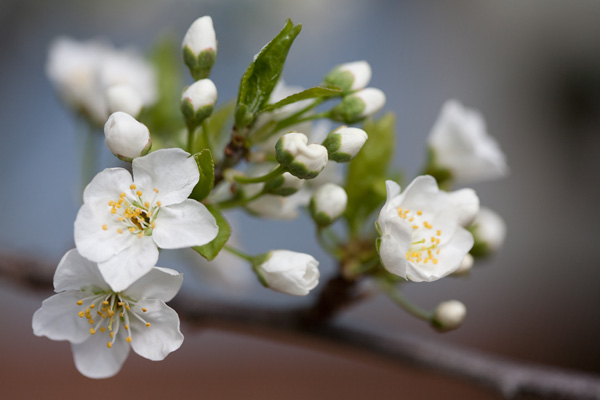 These blossoms are from a tree that dumped a ton of tiny cherry-plums in the yard last year - I was told it's a "weed" tree!

on left is an iris plant moved from west Oakland; on right are geraniums that amazingly bloom all year long 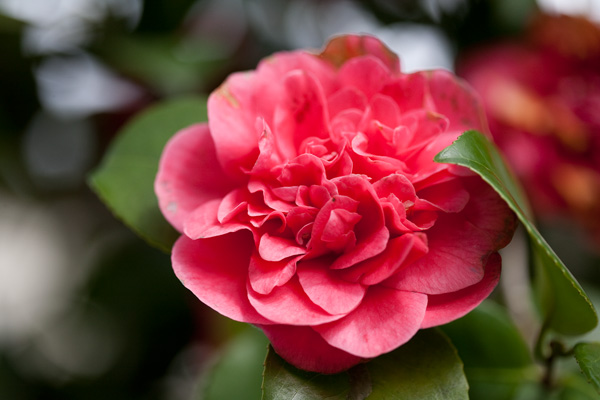 Our neighborhood has a lot of camelias... must have been fashionable years ago. Sort of reminds me of Los Angeles...

not sure what's on left (anyone?); on right is a flower from one of my succulents

I'd never heard of Euphorbia before moving into this home, but we have a variety of these South African plants

Another type of Euphorbia... these plants are super drought-resistant

Snowdrops - these were some of the first blooms of the year... popped up all over the yard.

Alstroemeria - we have big clumps of these in pink, orange, and red. They mostly flower through the summer and are great for cut flower arrangements, but this lone flower sprouted early. 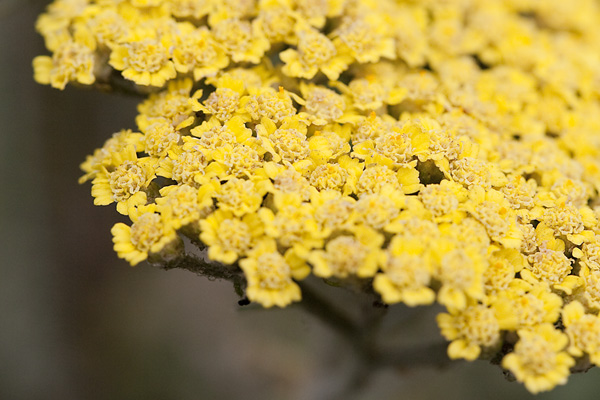 I have no idea what this is. It produces big flat heads of flowers, sort of like Queen Anne's Lace, but yellow. Anyone? 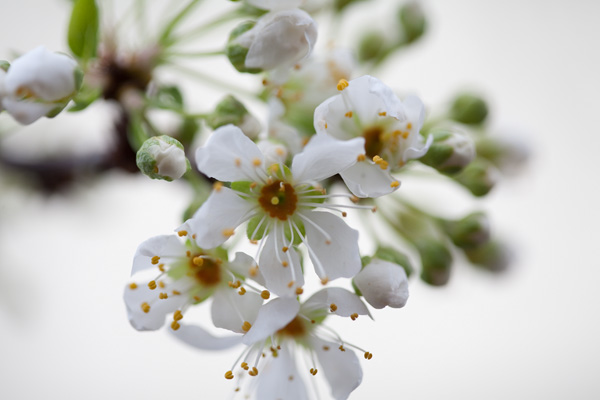 Another plum tree, but these plums are bigger!

Not sure what's on left, flowers are shaped like Monkey-flower bush but are fuschia colored; on right is a highly invasive weed (I've been told) and I've ripped much of it out, but I really love the tiny clusters of pink flowers 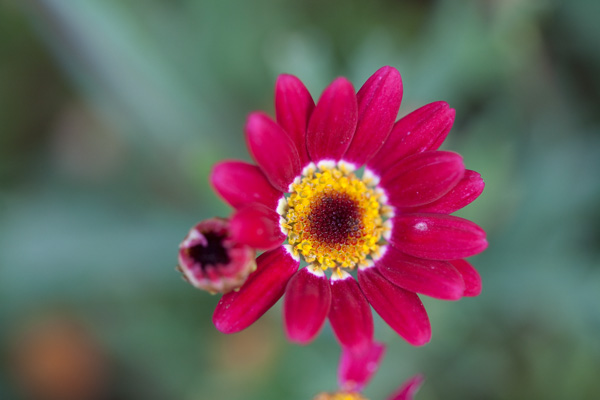 I think this is called a daisy tree (or shrub) - it's a pretty big perennial, covered in tiny flowers.

another view of south african daisy on left; blooming lavender on right

This plant was faring terribly - I was told it's called Poor Man's Rhododendron and was in too sunny of a spot. I moved it into the shade and it's much happier!